140+ Tips To Help You Save Money Faster! Get Your Free E-Book Right Here!

On August 30, 2013 we went for a routine ultrasound at 11 weeks gestation to make sure everything was progressing as expected with our identical twins. It was my first pregnancy and these babies were so wanted. We were thrilled when we found out we were having a baby and over the moon (and slightly overwhelmed!) to find out we were expecting identical twins! I sang to them…We dreamed about their futures. We had a glorious first three months of pregnancy. But the world came crashing down on me that unforgettable day in August when the doctor told us “the ultrasound didn’t look good. There were no heartbeats.” I was torn apart, devastated beyond words. The sadness was unimaginable…crushing. That is just one of the things I never knew about miscarriages until I had one. I never really knew or could even imagine how excruciating the emotional pain could be. 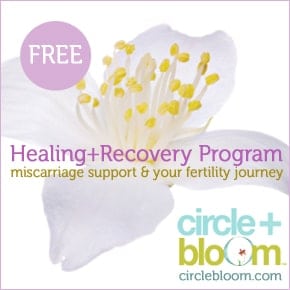 What I Never Knew About Miscarriages

I never knew that miscarriages could come with no warning signs. I always thought there would be pain, bleeding, cramping…something, anything that warns you of what is happening or that something isn’t quite right. I never knew that you could go to an ultrasound thinking everything is fine and be told the devastating news that your precious little babies’ hearts are no longer beating. Soon I learned that what I was going through was a “missed miscarriage” also called a missed abortion or a silent miscarriage. When a missed miscarriage occurs the body does not recognize the pregnancy loss or pass the pregnancy tissue. The placenta continues to release hormones, which causes the mother to continue to experience symptoms of pregnancy. I had never heard about missed miscarriages before I experienced it myself.

I never knew that going through a miscarriage would be so lonely. Since we were still in the first trimester I hadn’t told anyone outside of my immediate family that we were expecting. After we found out that I had miscarried, I felt horrible that no one had known these tiny, cherished babies had even existed at all. Statistics say that 10-25% of pregnancies end in miscarriage, but I didn’t know anyone close to me who had experienced a miscarriage. I felt like no one really understood what I was going through, even my husband! One day weeks and weeks after we lost the twins, I went to my husband bawling and I plead him to take the pain away. Of course he couldn’t. But he also didn’t really understand that I was still so upset about it. He had mourned the loss outwardly for a week and had pretty much moved on after that. I never really thought about how men might process the loss of a pregnancy differently. (I do know some husbands mourn the loss the same as their wives, though.) Finding ways to honor a baby lost through miscarriage were very helpful to me while I coped with my loss. The only real comfort I had, however, was that God knew my babies and one day we will be with them again. I like to think that my grandmas get to rock them in heaven.

The pain and sadness never goes away. I never knew that about miscarriages. Naively, I thought that losing a pregnancy after a few weeks would not be so devastating. But even three years later, my eyes still fill with tears thinking about the loss of our twins. I  think of them all the time. August, the month we lost them, is still a hard month for me.

The ultrasound before I miscarried, where we got to hear the babies’ heartbeats

I never knew that having a miscarriage would affect my future pregnancies too. Every time I have an ultrasound I get so anxious and nervous that I’m almost in tears and my heart beats out of my chest. I couldn’t relax and be at peace during my most recent pregnancy because I was so worried at every appointment that there would be no more heartbeat. When I talked to some of my friends at the beginning of their pregnancies, they weren’t nervous or anxious at all. Miscarriage wasn’t even on their radar. Going through a miscarriage stole that ability from me. I didn’t make my pregnancy known publicly until I was 18 weeks along. I just couldn’t bring myself to put it out there before then.

I never knew that having another baby after a miscarriage doesn’t make the loss any less painful.  I have heard mothers who have had miscarriages say that they end up being grateful for their miscarriage because due to the timing, the child they have now wouldn’t have been born if it weren’t for miscarrying the other. I just can’t get on board with this line of thought. As much as I adore my little boy, I know I would have adored my other babies just as much. Having a child already when you go through a miscarriage, knowing that you are able to get pregnant again, or having a rainbow baby after the loss does not diminish the pain.

Then there is always the guilt that seeps in after a miscarriage….did I do something to cause the miscarriage? I replayed the whole 3 months of pregnancy thinking of what I could have done or what I should have done differently.

Looking back now, I also feel guilty that I had a D&C instead of waiting to miscarry them naturally. The doctor gave me three options…taking pills that would initiate the miscarriage, waiting it out, or having a D&C. We researched all the options at home. I thought I wouldn’t be able to handle the emotional and physical pain of miscarrying on top of the excruciating sadness that I was feeling at the time. I was scared. Having to possibly wait weeks longer to experience it was just something I couldn’t imagine. At the time, I felt that waiting longer would just prolong the anguish. So on September 6, two days after our 3rd wedding anniversary and exactly a week after the doctor told us they had passed, I sang “Baby Mine” to my babies for the last time and went in for a scheduled D&C. In hindsight, I think waiting to miscarry would have given me more closure. I’ll always be forever grateful that we got to hear their sweet heartbeats before they left us.


Thinking of all of you who have been through this heartbreaking experience! You are not alone no matter how lonely it can feel.

“Rest your head close to my heart, never to part, baby of mine.” ~ Baby Mine, Dumbo

Previous Post: « Gift Options for Baby Showers + a Giveaway!
Next Post: How to Earn Cash Back Every Time You Shop! »

This site uses Akismet to reduce spam. Learn how your comment data is processed.

Stay up to date Don't miss all the latest!

All images and text on this site are property of The Darling Days. However, please feel free to share any content that you love! If you share, please use one or two photos only if a link back to my original post is included. Please do not crop, edit, or remove watermarks from any of my images without first obtaining written permission from me. Pinning and sharing on social media is always welcome and appreciated! Thank you so much!
[instagram-feed num=9 cols=9 showheader=false showbutton=false showfollow=false]
1284shares